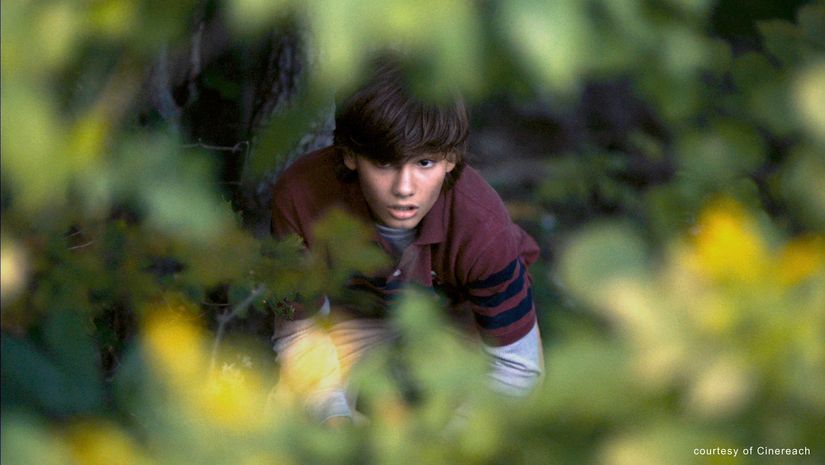 When Atticus’s mother dies unexpectedly, the eleven year old follows her instructions and flees the authorities to survive on his own in the forests of The Catskill Mountains.

Wandering the woods in shock, relying on what meager food and shelter he comes across, his grasp of reality wears thin. His sheltered childhood of home schooling and off the grid living in a log cabin with his anti-establishment mom is soon supplanted by a directionless life of wandering, avoiding other people and trying to differentiate between what is real and what is fantasy.

His nerves worn thin, Atticus latches onto the eccentric Carter, a scruffy wildman who lives out of his car, chain-smokes pot and sells handmade necklaces on the music festival circuit. A wary alliance forms, with each of them dependent on the other, but neither sure he’s making the right decision.