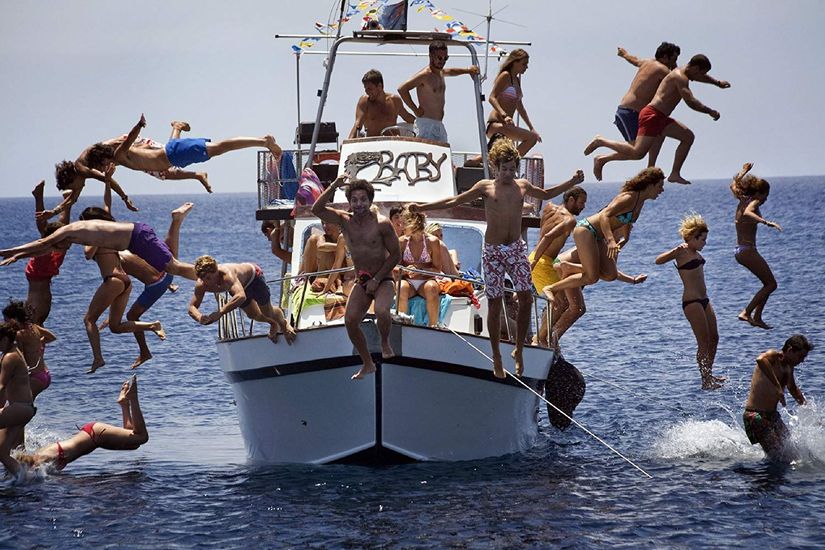 On a tiny, remote Sicilian island, a local woman and an immigrant are destroying each other’s lives. And yet they are united by the same dream: a better future for their children, their very own Terraferma.

Terraferma is not only a navigator's point of arrival, it is also an island with deeply rooted traditions which appear to have stopped in time. And it is the issue of time standing still that is creating upheaval in the Pucillo family.

Ernesto is 70 years old; he hates change and doesn’t want his fishing boat to be scrapped. His grandson Filippo, whose father was lost at sea, is 20 years old and juggles his existence between his grandfather Ernesto’s timeless subsistence and his uncle Nino’s way of life in which catching fish has been replaced by hooking up with tourists.

His young, widowed mother, Giulietta, believes that the island’s unchanging lifestyle has turned them all into outsiders and that neither she nor Filippo stand any chance of a different future.

The hope of doing something different with their lives means finding the courage to leave. One day the sea carries other voyagers into their lives: among them, Sara and her son, who have escaped violent oppression in North Africa.

Ernesto, firmly entrenched in the traditional laws of the sea, is very welcoming to all who have traveled over water. However, man’s laws seem to have changed and favour an entirely different approach to illegal immigrants. This creates a great deal of turmoil in the Pucillo family, and they have no choice but to reexamine their way of life.

erraferma.is not only a navigator’s point of arrival, it is also an island with deeply rooted