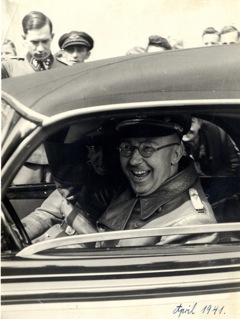 Through previously undiscovered private letters, photos and diaries that were found in Heinrich Himmler's house in 1945, the "The Decent One" exposes the unique and at times uncomfortable access to Himmler's mind which turned him into the merciless "Architect of the Final Solution". Himmler writes, “In life one must always be decent, courageous and kind-hearted”.  How can a man be a hero in his own eyes and a mass murderer in the eyes of the world? A unique portrait of the most contradictory figures of the Third Reich: The Reichsfuhrer-SS Heinrich Himmler.