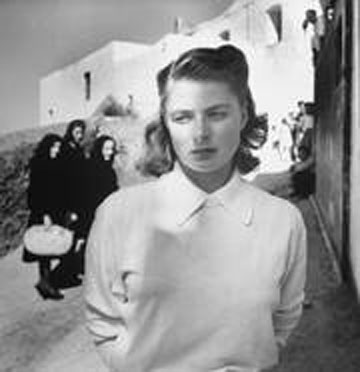 The story of the biggest jet-set love scandal of all times. Starring Roberto Rossellini, Ingrid Bergman, Anna Magnani and the mythical and primitive nature of the Aeolian Islands. The islands are at the same time the set for the movie “Vulcano” with Anna Magnani, who’s just been abandoned by Rossellini, and for the movie “Stromboli, Terra di Dio” that will lead to the artistic and personal relationship between Bergman and Rossellini. The War of the Volcanoes is a documentary entirely based on the rich footage depicting the intense and dramatic love story between the world’s most famous actress (Ingrid Bergman), the most appreciated director by Hollywood of his time (Roberto Rossellini) and Italy’s most beloved actress (Anna Magnani).