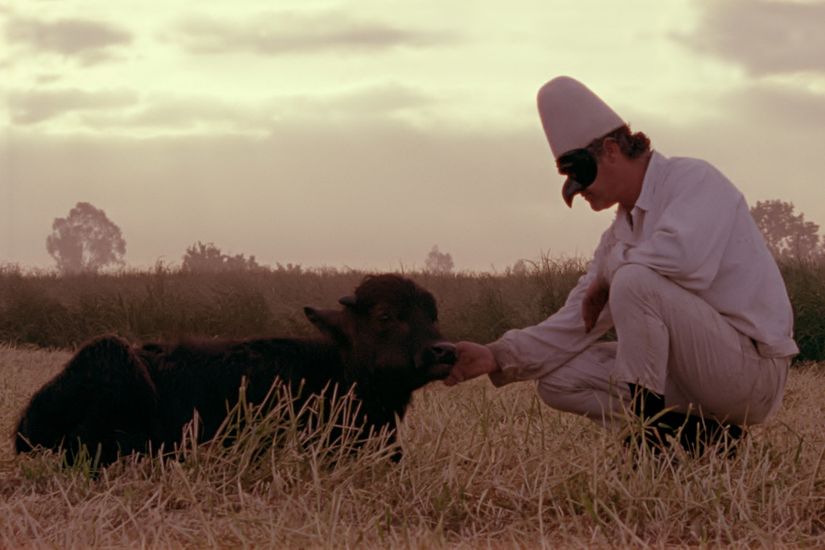 with Tommaso Cestrone, Sergio Vitolo, Gesuino Pittalis and the voice of

produced by Avventurosa with Rai Cinema in association with Mario Gallotti

From the bowels of Vesuvius, Pulcinella, a foolish servant, is sent to present-day Campania to grant the last wish of Tommaso, a simple shepherd: he must rescue a young buffalo called Sarchiapone. In the Royal Palace of Carditello, an abandoned Bourbon residence in the heart of the ‘Land of Fires’ whose remains were looked after by Tommaso, Pulcinella finds the young buffalo and takes him towards the north. The two servants, man and beast, embark upon a long journey throughout a lost and beautiful Italy, at the end of which they will not find quite what they had expected.