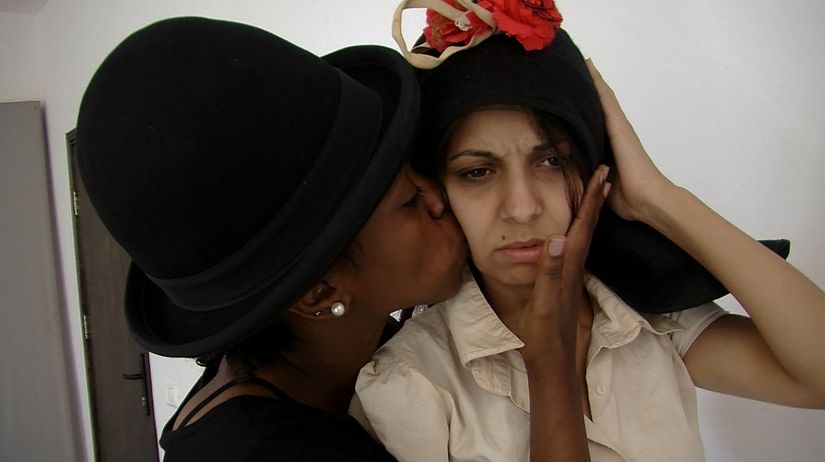 On April 4, 2011, actor, director and peace activist Juliano Mer-Khamis was assassinated in front of The Freedom Theatre in the Jenin Refugee Camp in the Palestinian Occupied Territories. Juliano, who was of mixed Palestinian and Jewish origin, founded the theatre in 2006 and used art as tool to fight Israeli occupation and as a means to challenge Palestinian women to confront their own societal oppression. His murder sent shockwaves throughout Palestine and around the world.

Art/Violence follows the story of three young women - Mariam Abu Khaled and Batoul Taleb (two of Juliano’s former students from the Jenin Refugee Camp) and Milay Mer (Juliano’s daughter), as they search for a way to continue the emancipatory legacy of Juliano.