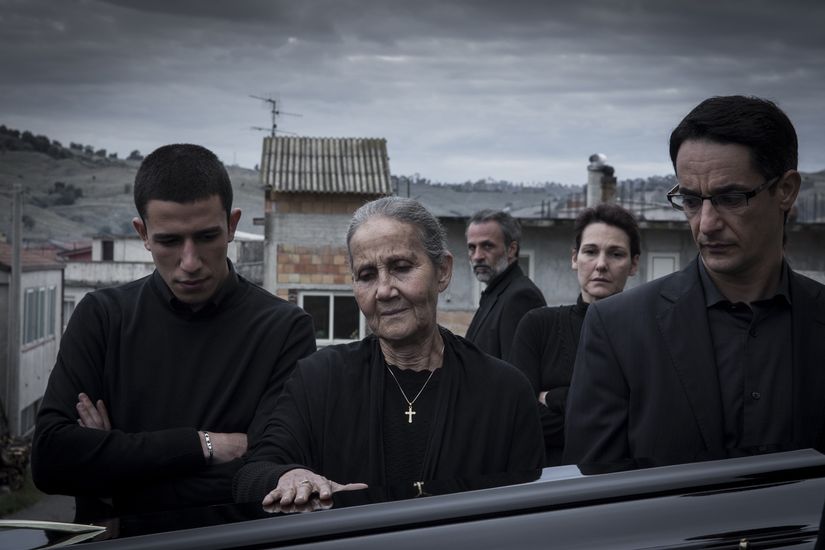 supported by MiBACT, On MY Own

in association with Amer

with the support of Eurimages

The rich story of a criminal family from the Southern region of Calabria plays out like a contemporary Western, where the call to blood law and an emphasis on revenge are commonplace and acceptable notions of justice.
The story begins in Northern Europe, passes through bustling streets of Milan, and ultimately reaches the southern peaks of the Aspromonte.
Anime Nere (Black Souls) is the story of three brothers, sons of shepherds, deeply immersed in Calabria's 'Ndrangheta, and perhaps mostly about their torn and tortured souls.
Luigi, the youngest, is a worldwide drug trafficker. Rocco, the middle brother, who has moved to Milan and appears middle-class, is an entrepreneur, living off laundered money. Luciano, the oldest, lives a life of pathological delusion, having established a sad and lonely internal dialogue with Calabria's long gone past. And Leo, Luciano's son, is part of a lost generation, having only inherited anger and aggression from his ancestors, and any hope for a better future for him seems to be a train that he has missed his station.
When a minor spat triggers the hostility of a rival clan, a spark that starts a raging fire is ignited, and painful family history resurfaces. Events and emotions that might be containable anywhere else in the world can't he here in Calabria, and even less so on the steep and rough Aspromonte; and so the weak and the strong, and the archaic and the modern, clash violently, pushing a family toward continued tragedy.