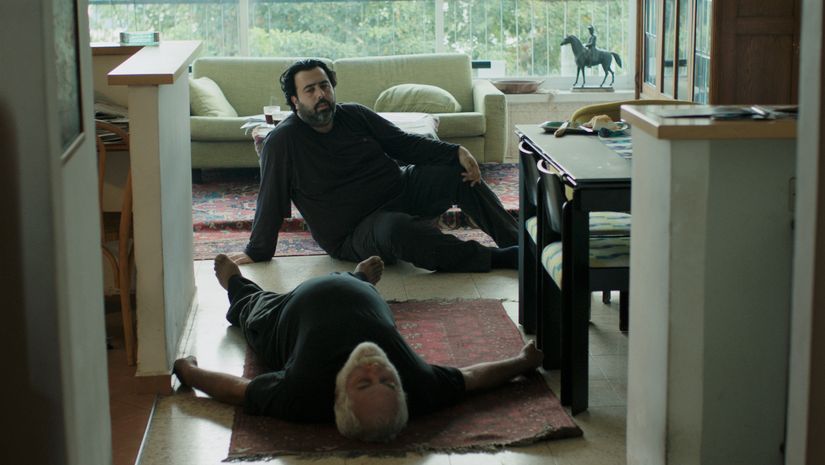 A father and son try to freeze time through cinema. While the father is unsentimental in his approach toward his last days, his son disconnects from reality in a desperate attempt to see his father as a hero. Although in the fictional story, Tel Aviv goes up in flames, the father’s real world does not end with a bang but a slow vanishing whimper.