THE FORGIVENESS OF BLOOD 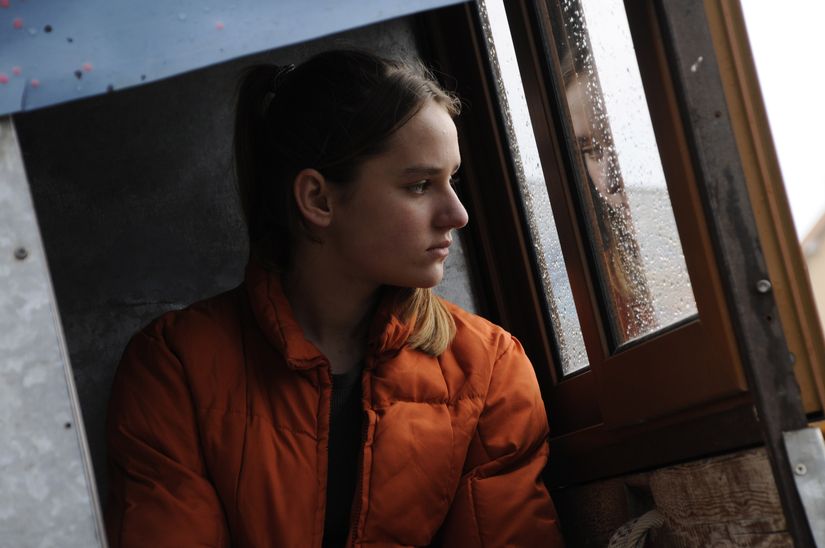 Nik is an energetic 17-year-old in his last year of high school in Northern Albania. He is embarking on his first romance with a girl in his class and plans to open his own internet café after graduation. His sister, Rudina, is a bright, mature fifteen-year-old who aspires to go to college. When a local land dispute results in their father Mark being accused of murder, the family is drawn into a deadly blood feud.  The rules of the Kanun, a centuries-old Balkan code of law, force Nik, his 7 year old brother and the other male members of his family into virtual house arrest. With Mark hiding in the mountains and Nik unable to leave the house, the family must rely on Rudina, who has to leave school and take over Mark’s business in order to provide for them.  While Rudina flourishes in her newfound responsibility, Nik's frustration and anger at his isolation drive him to try to end the feud, even though it may cost him his life.

Joshua Marston is the writer and director of Maria Full of Grace (HBO Films/Fine Line Features).  The film garnered numerous awards, including the Audience Award at the 2004 Sundance Film Festival, Best First Film at the 2004 Berlin Film Festival, the 2004 Independent Spirit Award for Best First Screenplay, and an Academy Award nomination for Best Actress.  He recently directed the Coney Island section of the feature New York, I Love You starring Cloris Leachman and Eli Wallach. In addition, he has directed episodes of Six Feet Under (HBO), How to Make it in America (HBO), In Treatment (HBO), and Law & Order (NBC). Mr. Marston received an MA in Political Science from the University of Chicago and an MFA in filmmaking from New York University.  He has been a recipient of the New York Foundation for the Arts Fellowship and of residencies at the MacDowell and Millay artist colonies. Mr. Marston’s films were recently added to MoMA’s permanent collection.