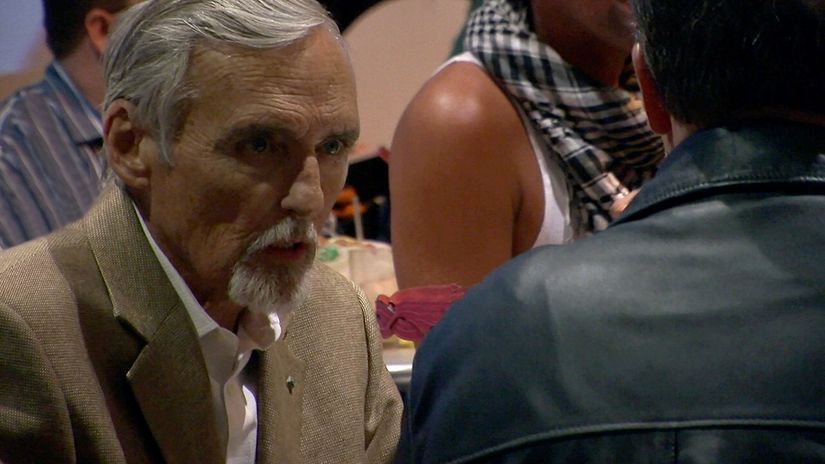 Synopsis: Stardust is the second part of a trilogy in which Nicolas Provost investigates the boundaries of fiction and reality by filming everydaylife with a hidden high resolution camera and turning the cinematic images into a fiction film by using cinematographic and narrative codes from the Hollywood film language. The first part of the trilogy was the award winning Plot Point (2007) that was shot entirely with a hidden camera and turned everyday life around Times Square New York into a thriller film.

In Stardust Provost takes his hidden camera to Las Vegasand uses the glorious and ambiguous power of the gambling capitalto turn everyday life into an exciting crime story. In order to do this heeven filmed real Hollywood stars such as Jon Voight, Dennis Hopperand Jack Nicholson. Are they not aware of the camera or is it all fiction?