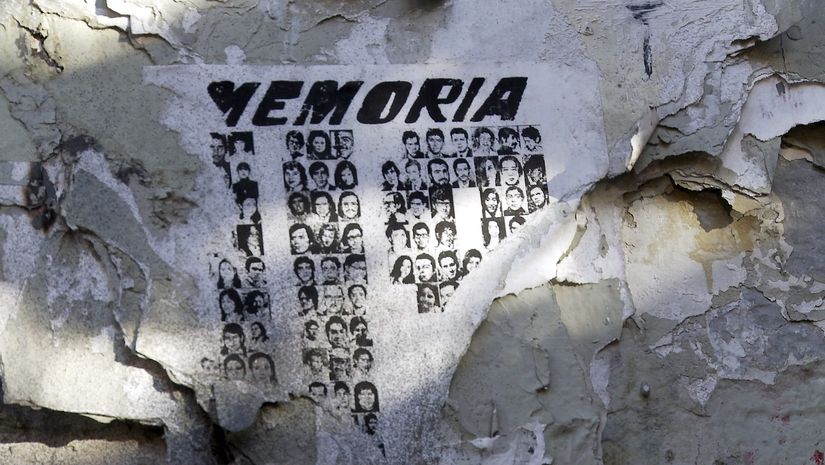 Marcela Said and Jean de Cearteau are available for interviews from 12.02. to 16.02.

The Chilean film EL MOCITO from directors Marcela Said and Jean de Certeau will have its world premiere at the Berlinale Forum.

The documentary tells the story of “Jorgelino” or “el mocito”, who served coffee and ran other errands for a secret service general during the 1970’s dictatorship in Chile under Pinochet, until he finally ended up carrying the tortured corpses of political prisoners out of their cells. Haunted by his past to this day, he still is looking desperately for atonement.

EL MOCITO is a reflection on the banality of evil. What really leads these men, apparently not much different from hundreds of others, perhaps apart from their ideological convictions, or an attachment to carrying out their duties, to become a part of all this? How do they deal with their role in atrocities once their frame of reference has broken down and they have to face the victims or their relatives?

Jorgelino's testimony enabled the judge charged with the inquiry into the “disappearances” to put 74 individuals on trial and to open a case with the greatest number of defendants in the history of violations against human rights in Chile. Jorgelino hopes to find his place and recover some dignity. He wants to be forgiven by his family, by society, but this is not easy. Despite making public the names of those who murdered, redemption remains elusive.

Marcela Said Cares was born in Santiago, Chile in March 1972. She studied at the Catholic University of Santiago and the Sorbonne in Paris.

In 1999, she directed Valparaiso, a 52 minutes documentary film produced by Les Films d’Ici. In 2001, she directed I Love Pinochet, a portrait of Pinochet's followers and the social and political system bequeathed by the dictator. In 2006, she presented the film Opus Dei, a silent crusade co-directed with Jean de Certeau. Since October 2006, she has lived in Santiago de Chile and worked with Jean de Certeau on their feature documentary film EL MOCITO, supported through a Canal 7 grant at Doc BsAs in Argentina and Brouillon d'un rêve, SCAM in France. In Chile it received the FFA (the Chilean production fund).

Jean de Certeau was born in 1964 in Voiron, France. In 1982, he started working as an editor for TV programs in France. In 1995, he became an independent editor working for well-known directors like Frederic Compain, Alain Jomier, Karim Soumaila, Diego Garcia Moreno, Michel Quinejure, Carmen Castillo.

In 2006, he co-directed the award-winning documentary film Opus Dei – A silent crusade with Marcela Said.

Since 2007, he has been working on El Mocito, his second film as director and editor.